skip to main | skip to sidebar

Harding Theater Given Another Chance

On November 13, 2008, all seven members of the San Francisco Planning Commission unanimously approved an appeal by The Friends of 1800 historical preservation group regarding a developer’s plans to demolish the back portion of the Harding Theater to build condominiums and make substantial modifications to the remainder. The Planning Department is, therefore, required to prepare an Environmental Impact Report (EIR) to assess impacts to this historic resource by the plan and propose mitigation measures and alternatives with lesser impacts.

Planning Commissioner Sugaya made the motion that was approved and spoke at length about concerns that the developer’s plans had numerous irreversible impacts, that the Planning Department had failed to consider impacts to its use as a performance theater (the Planning Department only considered impacts for movie use) and that impacts to acoustics had not been considered.

The development project would remove the performance stage, wings, fly and curtain system, orchestra pit, dressing rooms and vintage seats; the raked floor would be removed and flattened; organ grills, front stairways, plasterwork and entrance would be impacted; an emergency exit blocked off; windows and skylight would penetrate the roof and sides of the building.

The Commissioners were not convinced by Planning Department assertions that impacts on historic features were reversible. Commissioner Sugaya said, “If you remove the seats and raked floor and build a new floor, no one is going to pay to remove the new floor and reconstruct the old seating. That’s not realistic.”

Dozens of community members, prominent theater professionals and historic preservationists voiced concerns at the two hour hearing - including directors and advocates from Theater Bay Area, Lorraine Hansberry Theatre, Brava Theater, Magic Theater, Metro Theatre Center Foundation, the Garage Theater and Independent. Theater leaders expressed an interest in potentially using the theater, and told the Commission that mid-sized theaters such as the Harding are rare. They also expressed concerns that construction and demolition plans would render the theater unusable for performance use.

A recently formed group, The Friends of Harding, will continue its work to assemble members of the performing arts community. The group will do further outreach to work towards alternative win-win strategies with the owner, foundations, nonprofits, public and private funding sources. These strategies would protect, retain and make full use this historic theater resource -- and resume its long established use as public gathering and community space.

The developer has just announced intentions to sell the building for $4 Million, an opportunity for the community, theater, film and cultural groups to raise funds to create a viable landmark theater for the Divisadero corridor.

Posted by David Tornheim at 10:26 PM No comments:

The hearing is THIS THURSDAY:

If you plan to testify in support, please contact us so we can coordinate our efforts: SaveDivisTheater@gmail.com -or- 668-2353.
Posted by David Tornheim at 1:25 PM No comments:

Regardless of whether you plan to testify at the hearing, please e-mail decision makers with your concerns by clicking here: E-Mail Planner, Planning Commission and D5 Supervisor (copy to activists). Simple is fine. Just ask for an EIR and give name and address.

Please quickly review any petition you plan to sign to be sure you have the right one. Our petition says "DEVELOPERS MUST FOLLOW LAWS."

Our petitions are at these locations:
* 99cent Store (Divisadero near Grove)
* Nimers (Fulton/Lyon)
* First Edition (Divisadero between McAllister and Fulton)
* Fulton Market (Fulton/Masonic)
* Into Video (Haight near Masonic)


See Friends of 1800 Web-site for their update on the further continuance.
http://www.friendsof1800.org/HARDING/hardingtheater.html
Posted by David Tornheim at 1:24 PM No comments:

Harding Theater is in jeopardy again. The developers are moving forward with their plan to tear down the back third--the most historic part--as part of a "compromise" to "save" the theater and build their condos. Besides substantially compromising the historic integrity of the building, it will limit the possible uses for what remains. We believe their plan for the front half is for a Walgreens like Cinema 21, Coliseum Theater or Apollo Theater.

The inside of the theater is remarkably intact: See below and also Click here to see recent photos.

In correspondence, please include:
* case number--> 2005.0911
* your address [phone opt.]
* all that apply: Live nearby (or in SF)? Long time? Preservationist? Architect? Theater or Film experience?
* your concerns

LIVE THEATER? The neighborhood has consistently expressed interest in reviving the theater for live performance or movies. Harding is one of the few theaters on the West Coast with a full fly, and live performance space is limited and in high demand. Tearing down the back will make either plan virtually impossible. It will take fund-raising to make either plan happen. 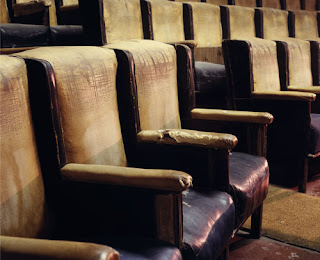 Preservation Groups that Have Supported Our Efforts: 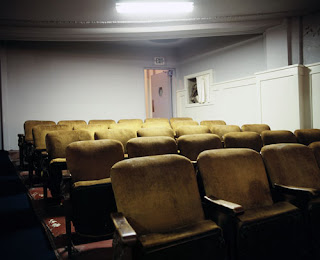 The two breaking stories on Harding:


SF Bay Guardian - 2/2/05
Neighborhood Business: Offscreen drama By Rachel Brahinsky
Who will win the fight over the Harding Theater?

Bay Guardian - 02/02/05
Offscreen Drama: Who will win the fight over the Harding Theater?

Some of the historical significance

The Divisadero Neighborhood Needs Your Help!

Our community won the battle to save the historic Harding Theater from being torn down last year. Now it is up to us to turn this central and vibrant theater in our area into a space that serves our community and the arts. Get involved! You can continue to make a difference! If we continue putting the pressure on the developers and organize, we insure the theater does not partially or wholly get destroyed.
And help volunteer your time;
With your fund raising abilities;
With your organizing skills